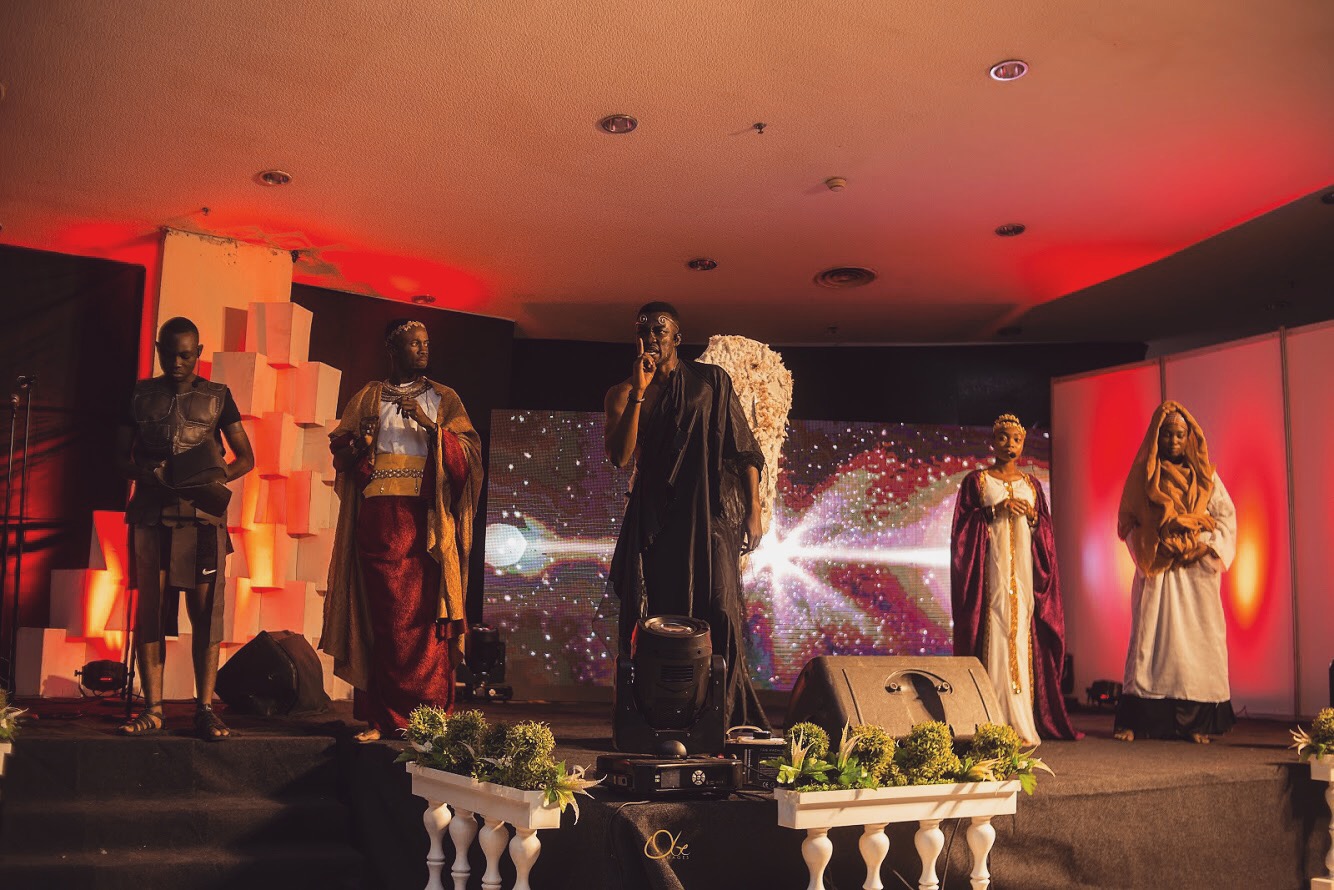 Teleios Inc. held the second edition of annual music-theatre event Event X and it was amazing! Even more than our first year year!

Last year's theme was "The beginning of Wisdom" and saw a personification of the character WISDOM and her interactions with the rich array of characters in the years plot.

This year was all about Purpose!

Then President of Teleios Inc then took the stage to welcome the audience with a prophetic poetic ministration. He declared "Tonight HE'll make it rain like he did the manna, Just be expectant to receive all shapes and manner, Of blessings and revelation, so you best stand steady; I'm declaring that purpose is coming and asking are you ready?!"

We had best have been ready cos the revelation and blessings didn't stop for a moment!

Next guest choir "Love & Grace" took the stage and treated the audience to vocally and spiritually delightful music as well as their wonderful single "Your Love" which was released earlier this year.

Next up was the much anticipated drama on the theme. The Teleios Drama team got it right again, this time with a set based in a music studio where Ben Bossman (played by Dr. Eric Agyemfra) and his upcoming musicians; soul-singer/Diva Sierra (Nana Esi Agyemang-Sereboo), Rapper JJ (Samuel Marfo), Pentecostal Apostle Cymbals (Horace Odoi) & Rastafarian Jazzy (Nana Kojo Hagan, would encounter Purpose through the life our young music minister Dave (Safo Akonnor) Ben's nephew.

Dave is working on his first single on purpose and his work awakens Ben to a purpose he once believed to be lost. Ben and his crew now learn to embrace purpose as it comes for them. The cantata ends in an unexpected twist which you just have to see the video to find out. Lool

Dave's song in the cantata happens to be Teleios' first single, brilliantly written by Nana Yaw and Lastina Ofori-Asumadu.

After the cantata we had a song ministration (Your Destiny by Kevin Levar) led by Dr. Ella Abassah-Konadu from Teleios Music. The song fell perfectly in line with the theme of purpose and further reiterated the focus of this year's edition.

Teleios Dance came up next with the most sensational dance performance of Hillsong Worship's “So Will I” .  Choreographed by Teleios Team Dance(Joshua Mingle, Esther Boorem-Otchere, Keziah Sackey, Belinda Ofori, Vida Gborgbla), The ministration left the audience on their feet with hands of worship lifted up to the heavens. Indeed if the stars were made to worship, so will we!

At that point in time, if Event X had ended, we still could have mightily declared that God was there but God had more for us!. In the classic Teleios style of Spoken Word, we were visited by some iconic Bible Characters including Lucifer who was dexterously played by Andy Siaw. We saw purpose at play in the lives of each of these people who once, like you and I walked this earth.  Gideon(Dennis Tsagli) the timid deliverer and Queen Esther(Phoebe Anyidoho) the foreign queen begun with the timeless truth that “...sometimes it(purpose) comes when you don’t seem ready, it calls your name and it says, you cannot run away...” . David (Joseph Essuman-Mensah) the murdering king jumped unto the scene with a message of mercy from God, irrespective of your past, there was always a way back to God, back to purpose. We also heard the virgin seed-taker, Mary(Ruth Sackey) enumerate her struggles, trials and tribulations because of a seed, because of purpose implanted into her. She yelled with passion “Men May say that the Son of God isn’t within you, that your are fake!...but you just let them wait...YOUR BABY IS GLOWING!” but even more satisfying was Lucifer’s confession that regardless of his cunning schemes, regardless of the seeming downfalls of God’s people, they always played into the eternal purpose of Yahweh! What a God!

Time will not permit me to tell of how what was suppose to be a coin offertory left knees bended and hearts crying even as Naana Asiedu led but I must tell you about the brilliant official Teleios Inc website; Teleiosonline.com which was officially launched on the evening of TEX.

Finally, as a crown on the night, I must as well tell you of a man. A man God knows, a man with a honed craft, a man God is using - Luigi Maclean. After so much revelation had been poured into our bosoms, He culminated the night with choruses heaven is fond of. We spent time to worship God through music that extolled His name and crowned the night with euphoric songs of praises led by Teleios Team Music.

We shall remember how God raised a people as a voice of Purpose.

We shall not forget that God showed up at TEX in power and in might.

We shall not forget!